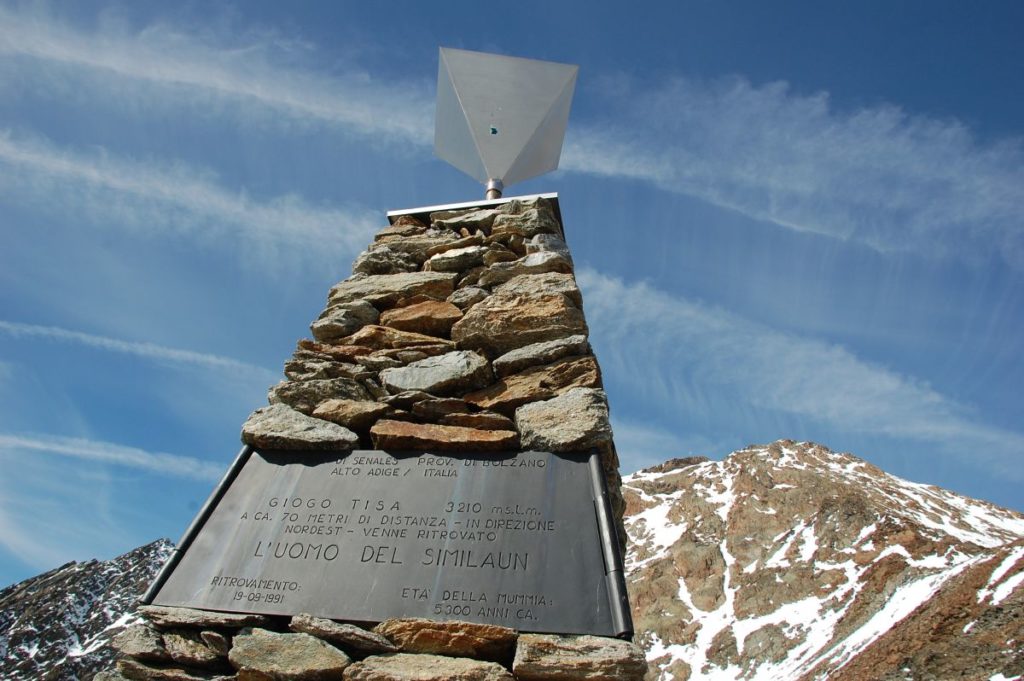 Today, the discovery site itself has become a favorite destination for experienced mountain climbers and ambitious hobbyists from all over the world. Guided tours take place every Tuesday.
>Ötzi Glacier Tour

The Hollow in the Rocks

Immediately after the find, an archaeological excavation was carried out in the hollow in October 1991. It was interrupted because of snowfall and then resumed and concluded in the summer of 1992. Archaeologists continue to be active to this very day in the surrounding valleys of the high mountains, in order to reveal records from prehistory and early history. 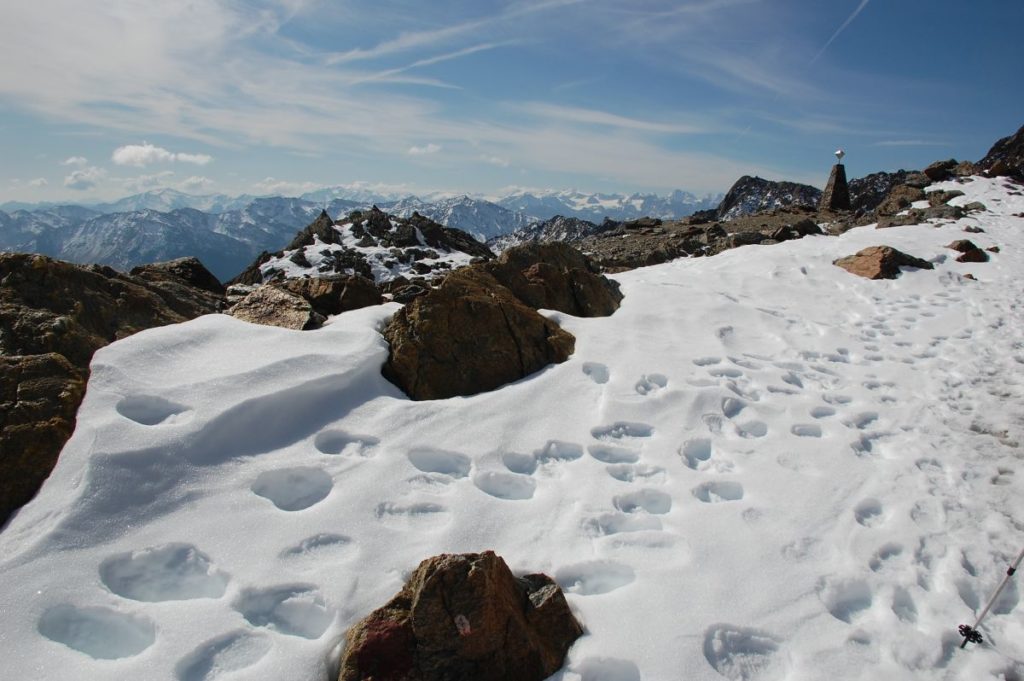 A monument was erected here at the discovery site, on the path between the Similaun Refuge to the Punta Finale peak. The structure, which is four meters (thirteen feet) high and has a width and depth of two meters (six feet) each has tablets with inscriptions in German, Italian, English, and French recalling the extraordinary find of human remains at this site. The locals refer to the monument in their dialect as the “Stuanmandl” (the “little stone man”) or simply as the “pyramid”.

A weather-proof box on the south side of the pyramid houses the summit log, in which mountain climbers who arrive can sign their names and list their routes. The summit logs are kept in the archives of the association Alpenverein Schnals  (local Alpine Hiking Society) in Certosa.

The stone pyramid was built in 1994 near the discovery site by Silvano Pergher of the  association Kulturverein Schnals (local Cultural Association) and his six-person workgroup. The first working sketch for the monument came from Val Senales artist Friedrich Gurschler.
For the construction material, the gneiss scree that was located at the site was used. Some rocks have scratches that originated from the movements of the glacier.

In 1999, the pyramid received a metal apex. Under suitable weather conditions, the monument can now be seen from the valley with the naked eye.

‘In 2008, the upper section of the pyramid was renovated. A thunderstorm had raged on the Giogo Tisa ridge and torn rocks loose. Why it is that the pyramid’s lightening rod did not do its job remains unclear.